A few weeks ago a couple of my mates, Oli and Alex, invited me to go out for drinks and a bite to eat. I’m not going to lie I did find it a bit strange when they texted telling me to head up to Dalston. I’ve never been to that part of London before and the only thing I knew about it was that indie rockers Razorlight wrote a song about it many moons ago.


So anyways I didn’t question it, I just headed up there and after meeting them I did ask “Why Dalston?” To which my friend replied “Street Feast!!!!”. As soon as he said Street Feast, my jaw dropped, he didn’t have to expand on that. Those two words said it all.


Tucked away just behind a busy street in Dalston lies an oasis for all foodies, a place to kick back, relax and stuff your face with some of the most amazing food East London has to offer. 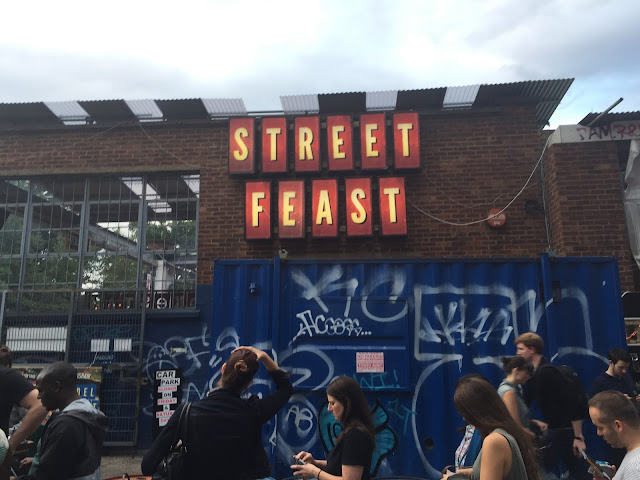 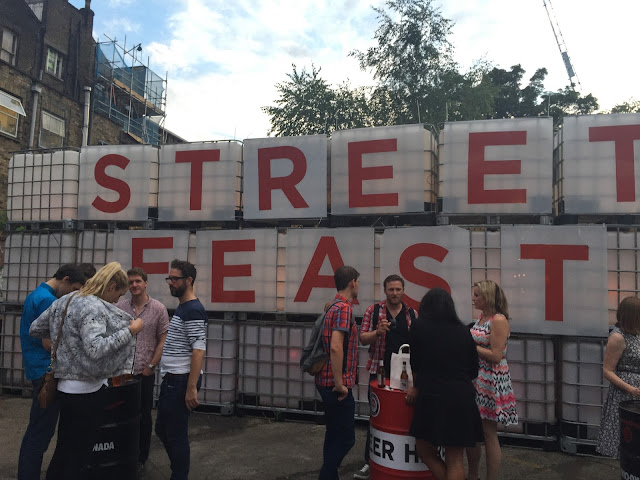 The whole place just blew my mind away, I couldn’t believe the amount of food stalls there were, ranging from smokey barbecue’s to finger lickin’ fiery jerk chicken to even, wait for this… LIQUID NITROGEN MADE ICE CREAMS.


So the question that evening was, how am I gonna tackle this beast of a place? And who am I gonna hit? (not literally). 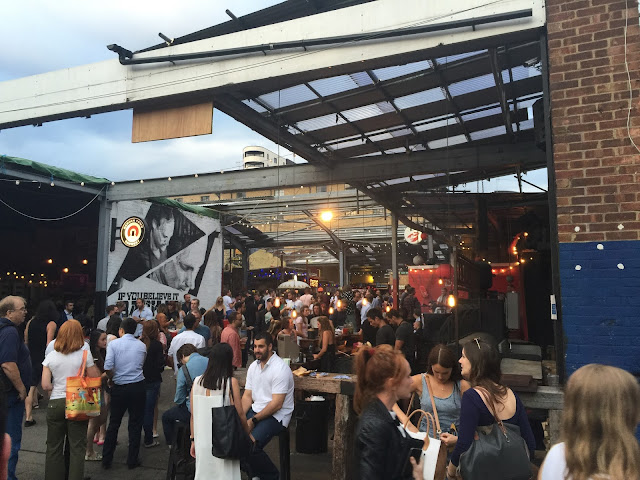 First stop was The Bell & Brisket. 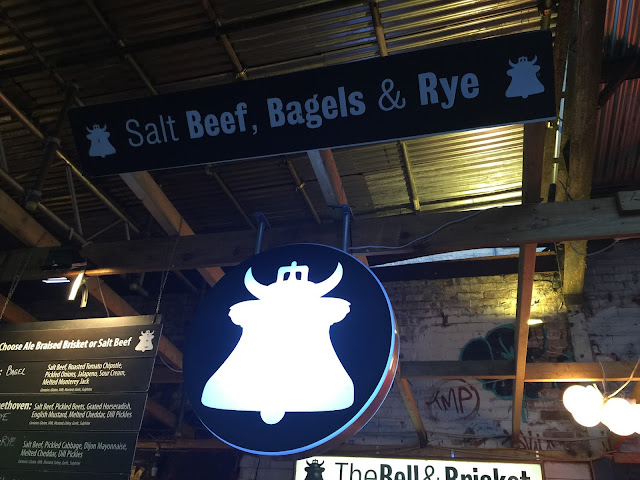 They offered a whole range of mouth-watering bagels, each with different fillings. Naturally in true FoodPunk style I went for “The Duke”. A grand name for a grand bagel. But as you can see below they have other varieties to fill that hole as well as offering "Filthy fries". I would have gone for them but other places awaited me and I couldn't fall at the first hurdle. 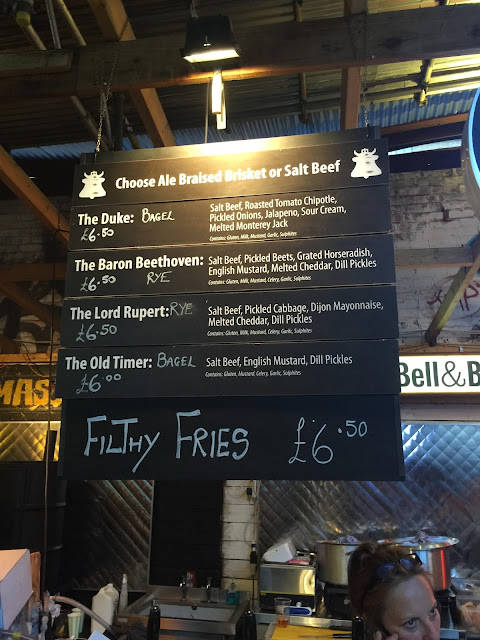 I honestly couldn’t wait to get my hands on it and after five minutes there she was, the most beautiful, sumptuous looking bagel just waiting to be devoured.
The beef was so moist that drops of juice seeped through my holder and splattered onto the floor (and that’s before I even had my first bite!!!) Oh boy was I going to enjoy this and it seriously didn’t disappoint. The spicy jalapenos, the cool refreshing sour cream, mixed with the sharpness of the pickled onions worked so well with that tender beef. You couldn’t help but make a mess of it and I definitely made a big one, but it was so worth it. 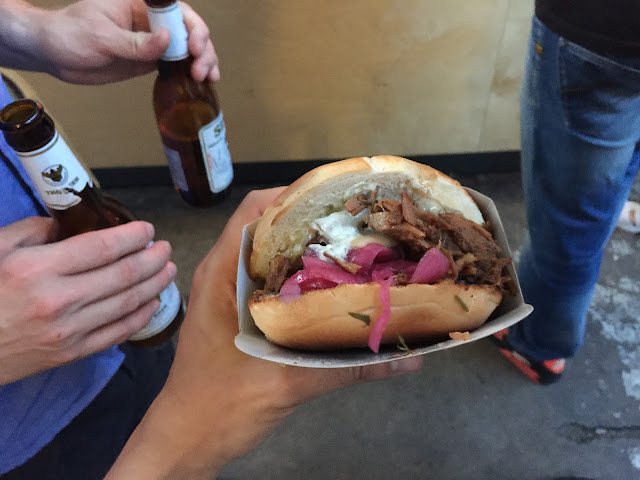 Within minutes of eating that banging bagel, I went on another recon mission scoping out for my next meal.

Everyone knows how much I love my chicken so it was to no surprise that I jumped straight for Mamas Jerk. 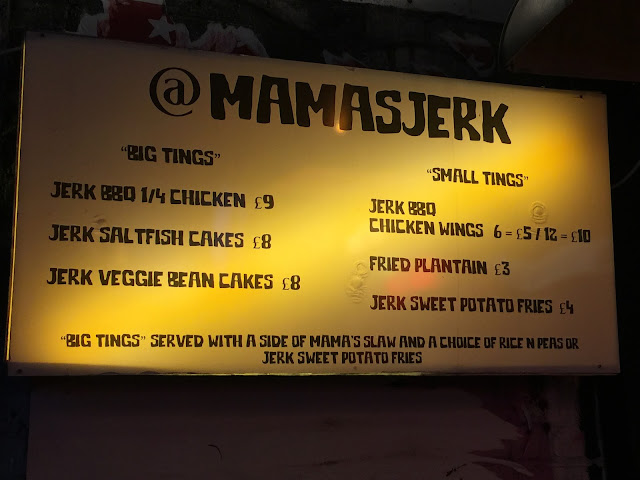 These three lovely and bubbly ladies were so welcoming and infectious. I loved them and they brought the Jamaican party to Dalston. 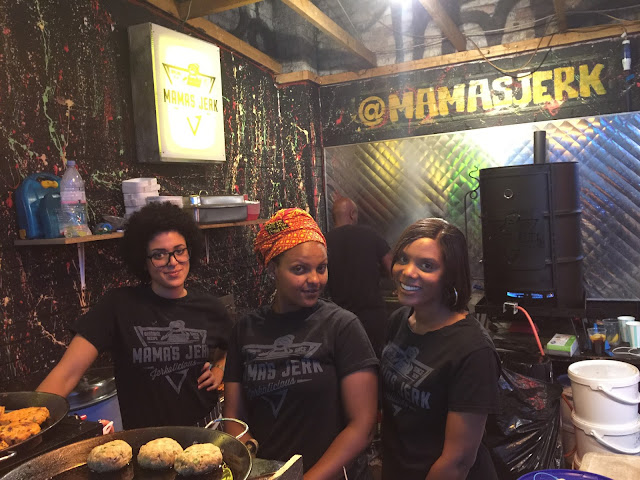 
As for the food, well it was Jerk at its best. The chicken was moist, meaty and packed a damn good  punch. It had the right about of spice where it just coats the lips and gives that numb, warm feeling, and you know its hot and spicy but you keep going back for more, that's what Mamas Jerk does to you. Luckily I had a refreshing cold beer on hand to cool things down a little. I did the Asian thing where I put the whole bone in my mouth trying to get as much meat as I could off of it. Every bit of that wing was gone. By the end of it, my hands and my mouth was covered in jerk spices.
Mama Jerk, I salute you and I cant wait to get more of your awesome wings. 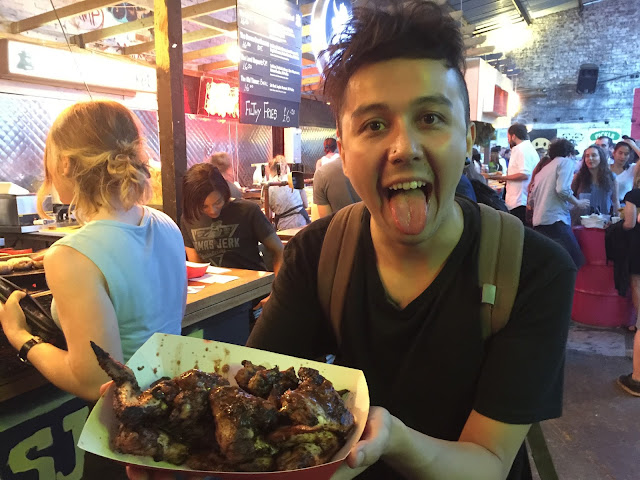 ﻿
﻿
﻿
The night was still young and myself, Alex and Oli were eager for more street food and so we branched out and stumbled across Smokestak. This place was a major disappointment and the staff were a little awkward at times. In fact their food sucked, it was just boring and lacked character. I very rarely give a bad review but the less said about it the better. 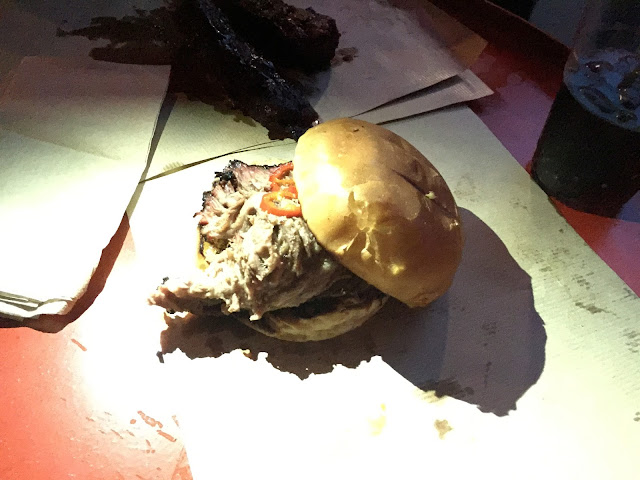 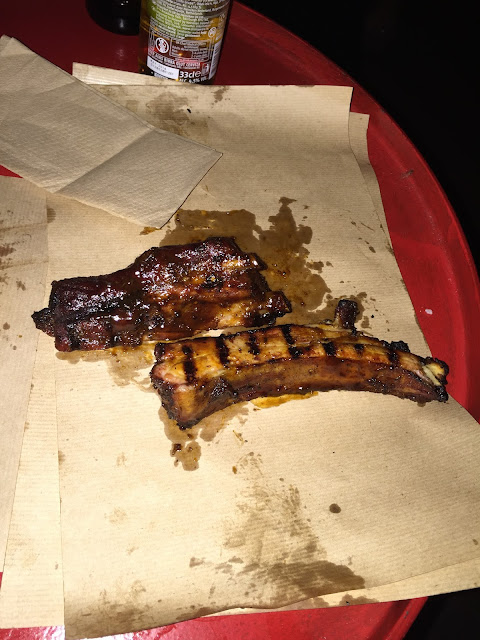 We were determined to get over that major fail and luckily within seconds we found Rola Wala, Indian street food. 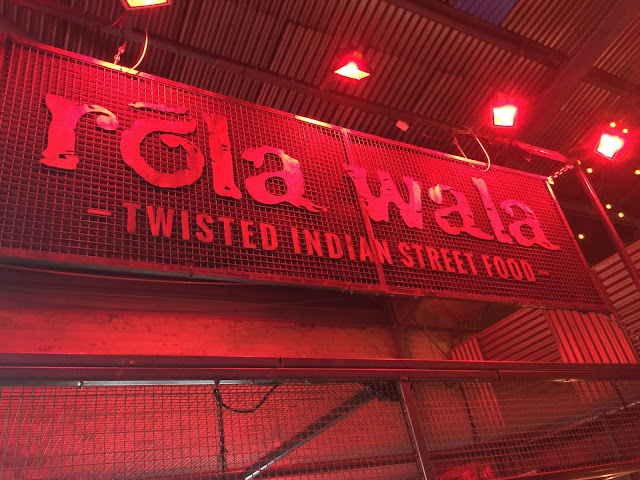 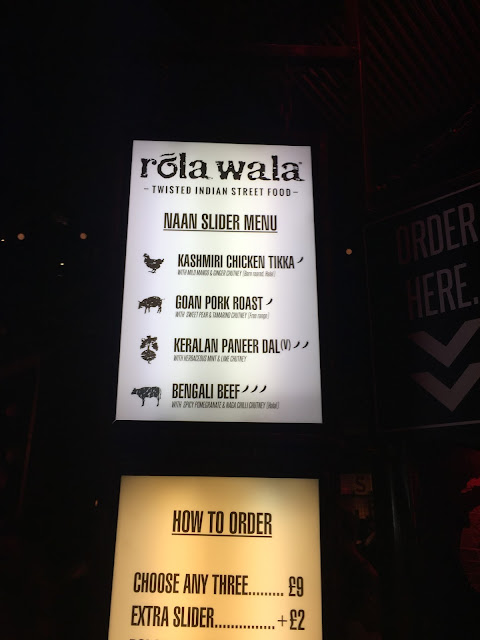 Rola Wala serve up a variety of blinding fluffy naan sliders topped with a whole range of different meats and spices. The best way to eat these little bad boys is to fold them and take a huge chunk out of it. They look pretty, they taste beautiful and if you really want to switch things up a little then top one of your naans with a naga ghost chilli. That will soon heat things up a little. 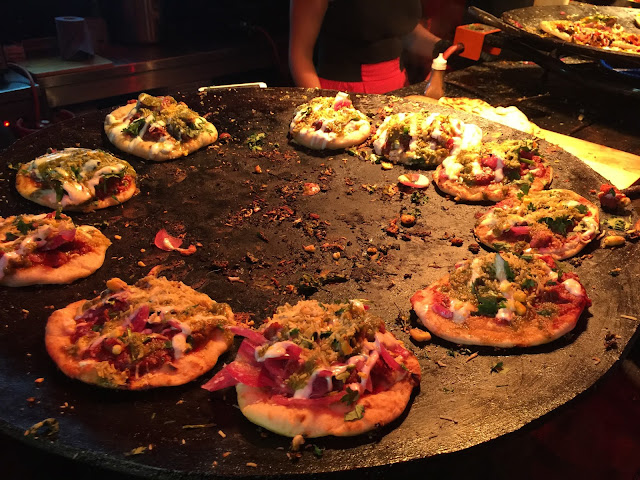 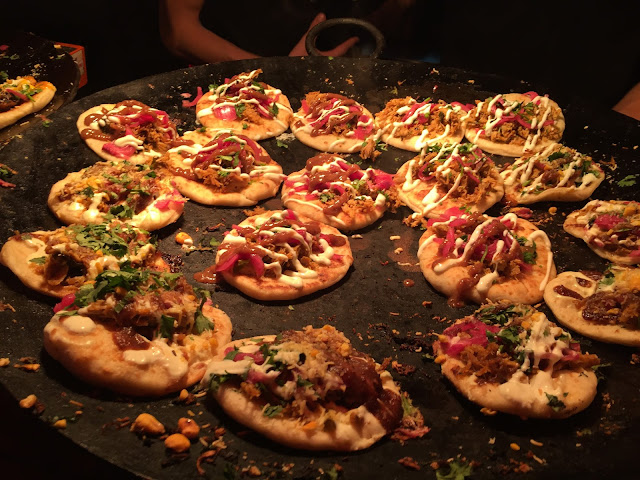 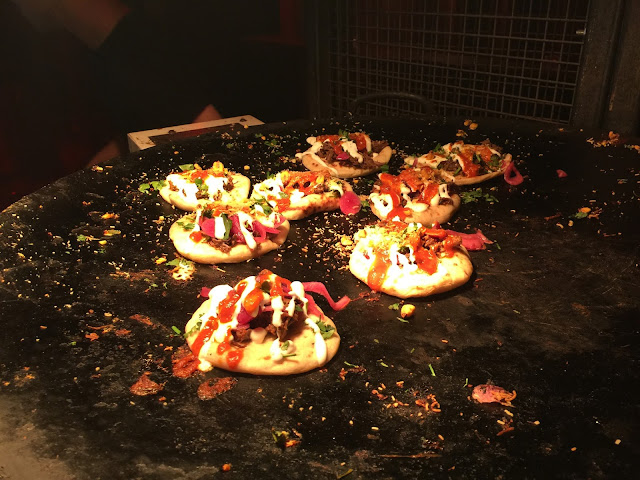 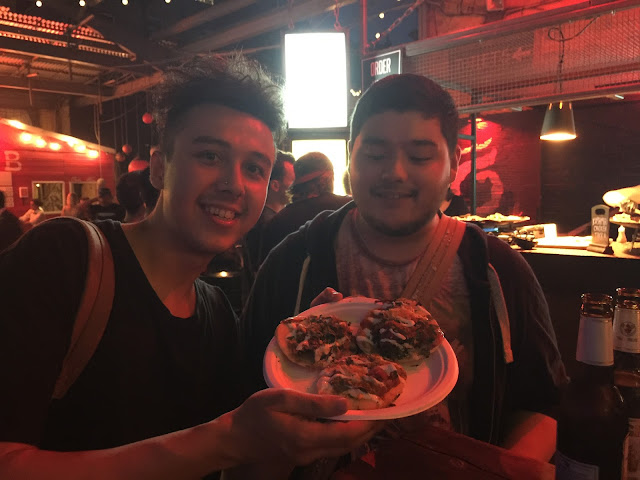 I honestly don't know how the three of us continued with our street feast adventure but we somehow prevailed and the next foodie treat that we checked out was probably not the best thing to eat so late in the evening especially after the foods that we had. 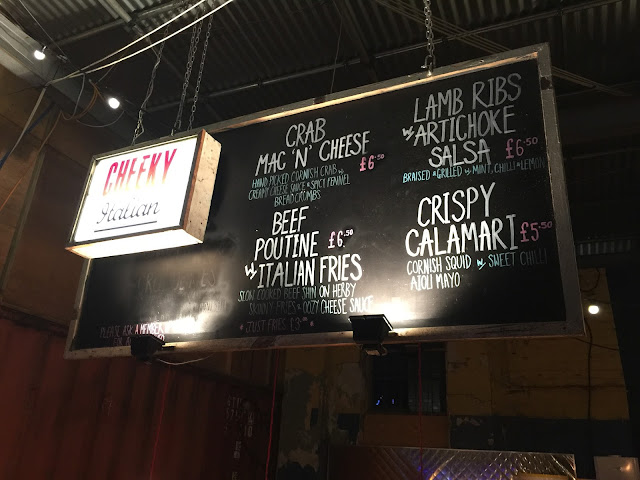 Cheeky Italian offered Crab Mac 'N' Cheese and there was no way I was gonna turn my back on that. It caught my attention when we first arrived, so naturally it would have been rude not to give it a go. For £6.50 I got a shed load of Mac '' Cheese crammed with crab meat, smothered in cheese sauce and topped with crispy, golden brown fennel breadcrumbs. 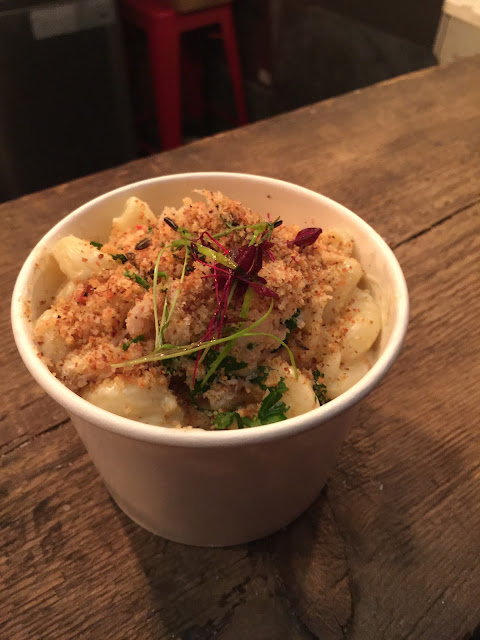 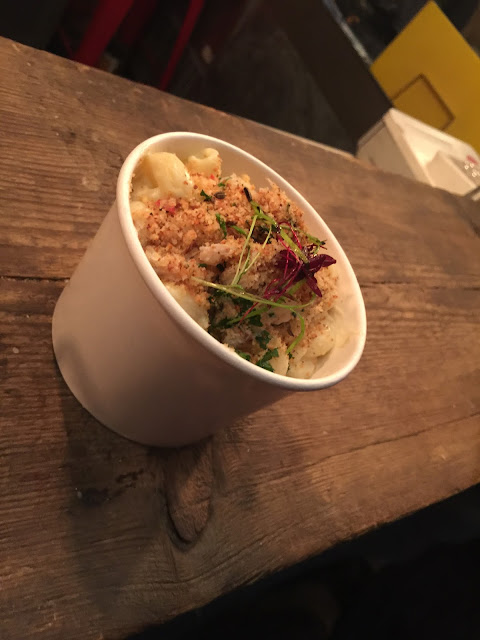 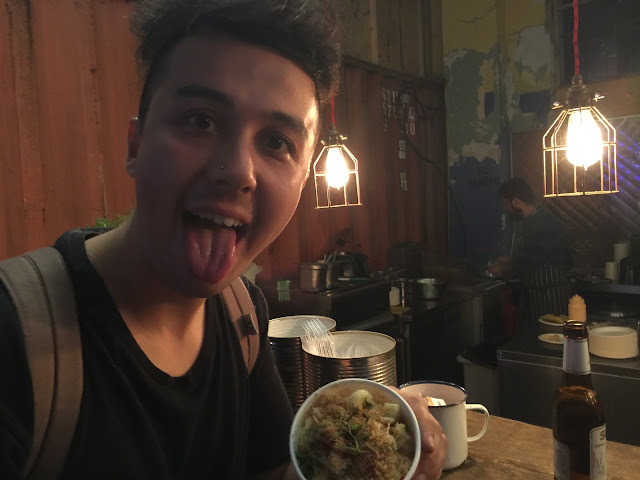 The Mac 'N' Cheese definitely finished me off for the evening. My tummy couldn't take anymore food or drink, but Oli had to go just one step further. He dragged Alex and I for one last hurrah - Chin Chin labs.


Made to order ice creams using a kitchen aid and blasting the mix with liquid nitrogen. 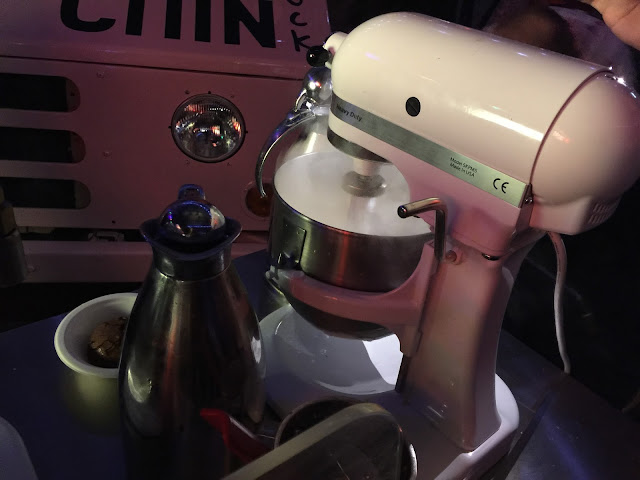 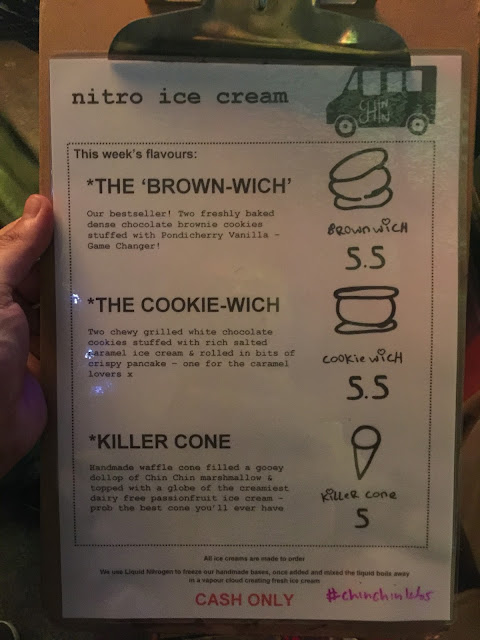 Because Oli chose this place Alex and I left him to queue behind a sea of people all waiting to get their hands on this.
After some time he approached us with a bowl of ice cream sandwiched between two ginormous, gooey brownies and I tell you something that was probably the smoothest lushest ice cream I have ever eaten. 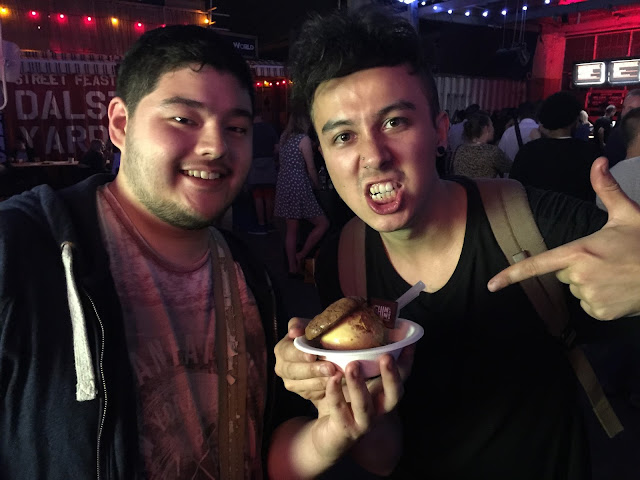 I don't know how we ate all that food without falling into a coma but I tell you something we didn't scratch the surface with Street Feast. There were a ton of other joints waiting to be tried and tested but overall I can safely say I had an amazing time meeting some ace people running extraordinary food hotspots.
Street Feast is a place that everyone should go down to. They have food suited for everyone and the range is unbelievable. For three pound entry, you simply can't argue with that.
Posted by Unknown at 09:08